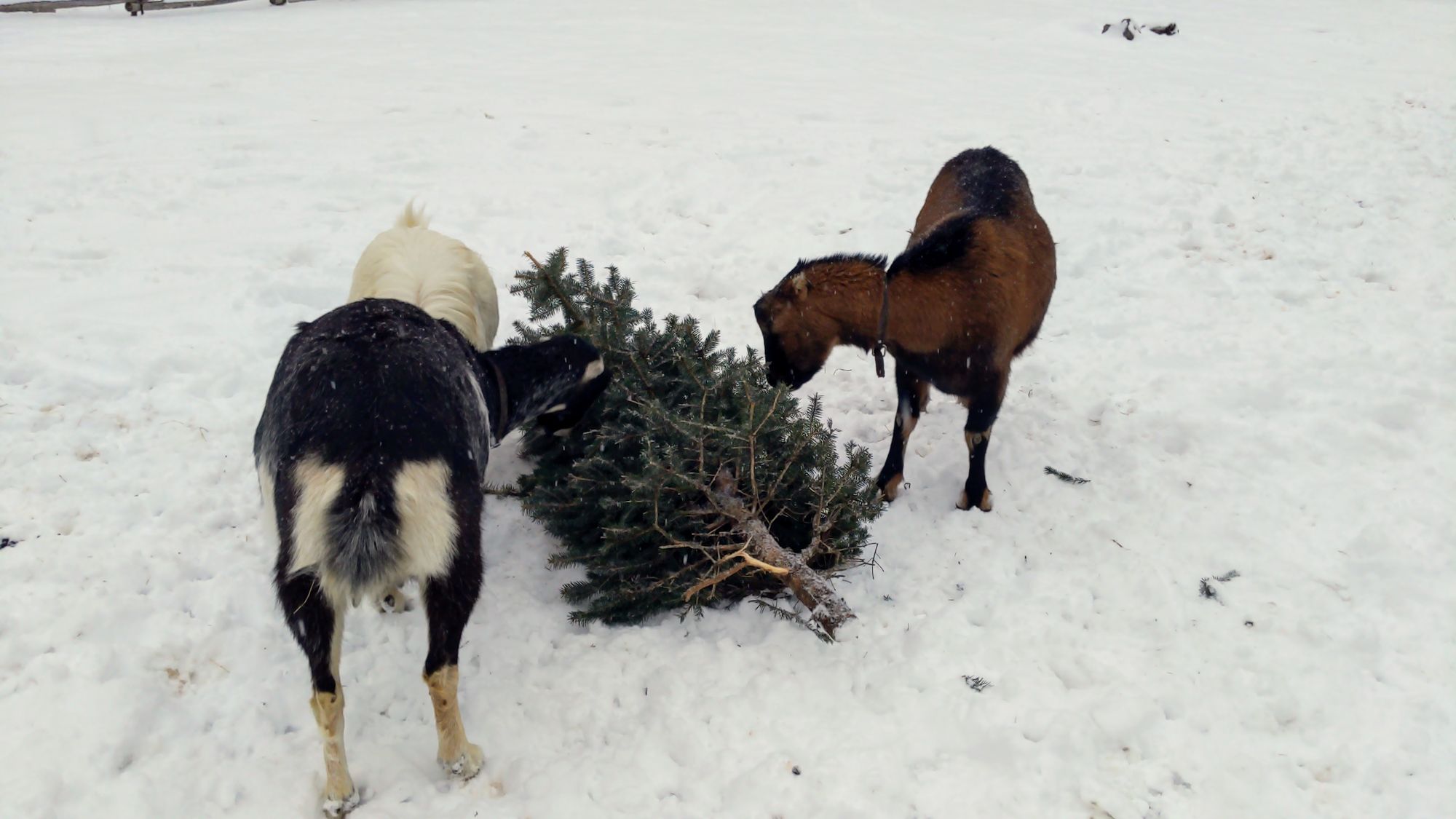 As we exit the season of Capricorn next week, it feels like a good time to delve into all things goaty.

It's also in early January that the vexing question of how to best dispose of used Christmas trees surfaces for people who partake in that custom.  Sure enough, my own community's Facebook group was abuzz with the question just a few days ago.

The resounding consensus was goatcentric. Everyone loves the idea that goats will somehow redeem the sacrifice these trees. This is not a sentiment limited to the Ottawa Valley. Twitter is also abuzz with feelgood reports of this nature.

As someone who collects pumpkins from the townspeople after Halloween to feed my goats, I completely understand the appeal of this form of recycling. Indeed, I briefly considered it myself our first winter with the goats.

However, there is a good reason I don't collect random used Xmas trees.

The goats and I made a little public service announcement, after I got tired of alway being the killjoy posting a caution in the replies to these exuberant social media posts.

Goats are browsers, not grazers. They do prefer shrubby undergrowth and small branches over grass or hay. Goats deprived of this preferred forage (as they would be at many commerical operations that rely on hay or pellet feeds) will go wild given the opportunity to nosh on a tender green tree.

Unfortunately, many Christmas trees sold commercially have been sprayed with preservatives or even colouring--which makes sense if you consider they were probably harvested as early as October. Moreover, trees displayed in public buildings (e.g., hospitals, municipal buildings) are often required by law to be sprayed with fire retardant.

Goats may reject trees sprayed with substances that are harmful for them to ingest. But they may not. Just because a goat will eat it, doesn't always mean they should.

The most important rule of thumb is make sure you know the provenance of your tree before trying to feed it to goats. If you cut it yourself, it is probably safe. If it came pre-cut but from a local tree farm, chances are it is okay. If you bought it from a big box store that sources its inventory from a massive global supply chain, maybe just put it out for the garbage.